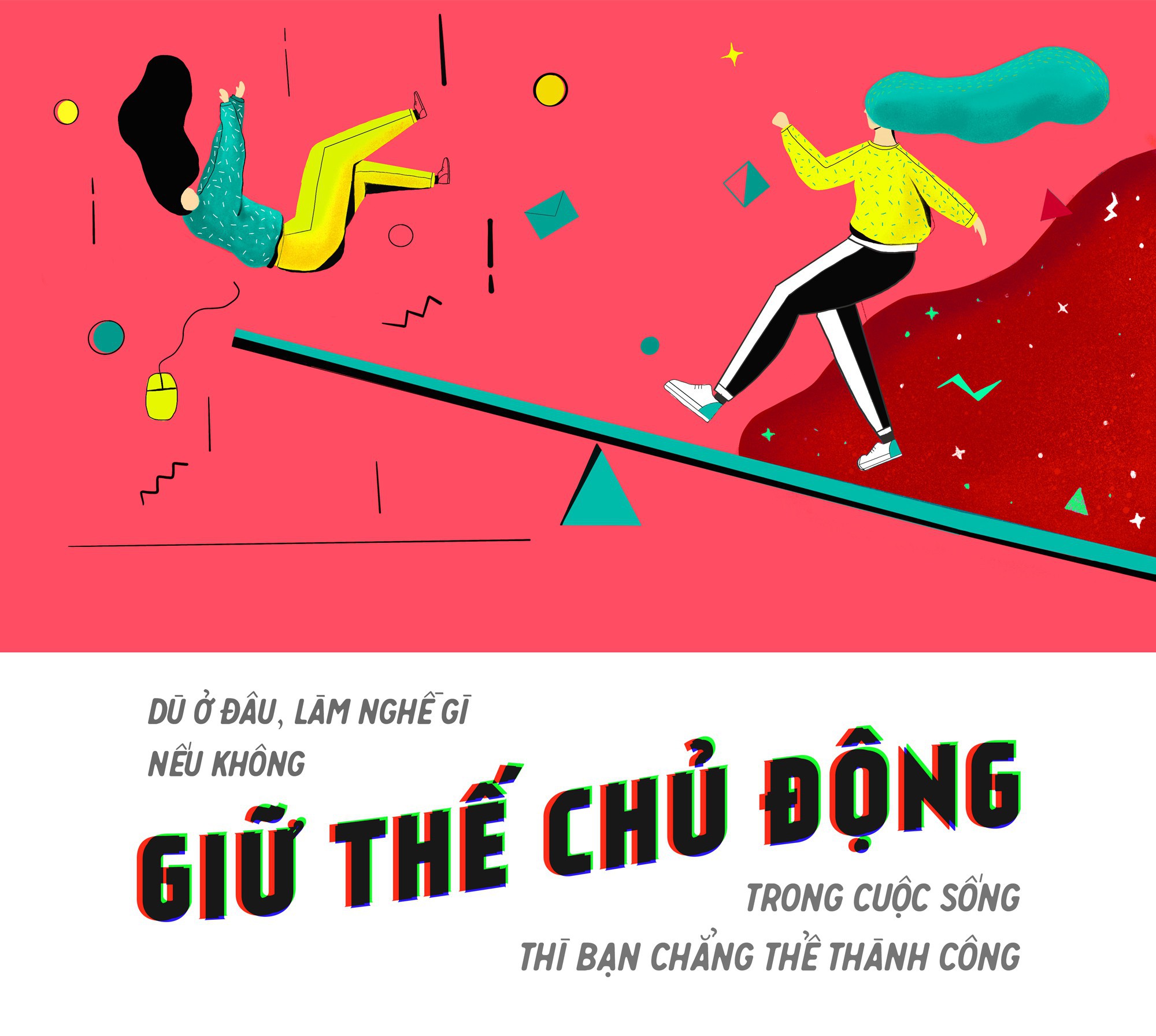 Once in a while, Andrew Matthews’s book “Life changes when we change” became a best seller, because of a brief but always correct message in every situation: “It is the attitude of life that determines the fate of each of us”.

When I was still in school, I admired the literature teacher of my time while still in secondary school. The most poignant quote she repeated many times when we were in school, was: “Sowing habits, reaping personality. Sowing personality, reaping fate” It is the living action and the living attitude that will determine destiny of a human being. In the middle school kids’ minds, that sentence seemed a bit too far. But if think deeply about it, we simply understand that, if I just memorize lessons early and go to bed early, the next day I can go to school on time and get good grades. As long as I pay attention to studying, I definitely don’t have to worry every time when the parent meeting is coming. Later, it was this lesson that followed us throughout our lives.

At one time, the one words “wanderous” were so much mentioned that it almost became a fashionable saying of young people. Wanderous 25, wanderous 26, even wanderous 30 … Just remind a situation of precarious, unstable, and just suggest feeling of boredom, confusion of the younger days. 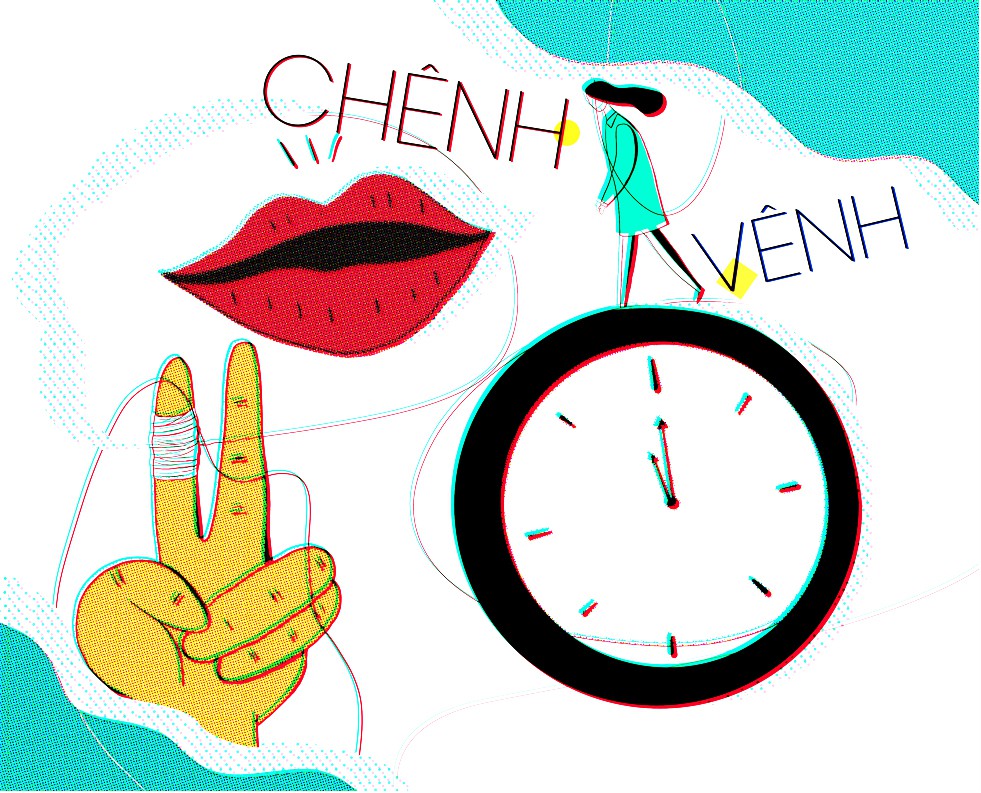 But hey you, try looking around your life, what will you see? A new friend bought his first home and earned a dream job position. Others choose their own path to go and be happy with their choices. The neighbor’s friend from the beginning of the rain shower has just taken his parents on a long vacation. Or not to mention physical problems, you look around and see many people happy with their lives. That is they are spiritually rich.

What about you? You don’t know when the time you will marrie with your longtime girlfriend. You have a billion things to care about, you have to buy things but you have to be endure with the position of a mediocre office worker and can’t get any extra income. You once dreamed of being someone out there, but now you have to be satisfied with a position in this. You admire successful people, but don’t know how to achieve them and are also self-deprecating when standing in front of them. You feel lost with your present life.

If that happens, you simply had chosen a different way of life, and that was simply a bad choice. Because good choices don’t make people go astray. Good choices help us be happy. 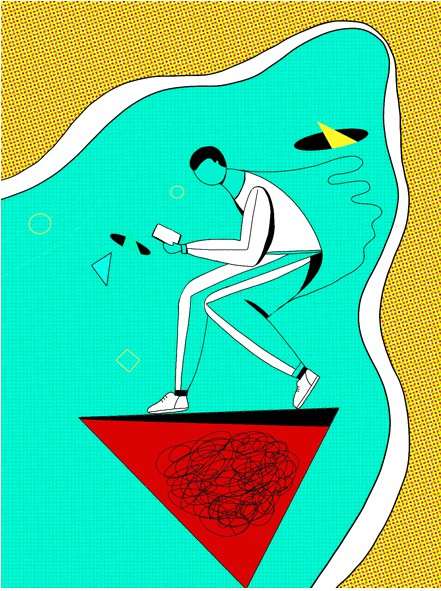 People who always compromise with themselves are people who often pamper their ego, easily satisfied with everything. Adjectives such as proactive, positive, pioneering … are strange to them. And in the crowd out there, it’s easy to recognize such people, because they always give off a negative signal.

In the 3rd year as an office worker, Minh Anh (25 years old, Hanoi) still can’t know what he really needs in life. From small to big, every major decision of his life was decided by his parents. Which school makes it easy to find a job, play with anyone, eat something, Where do he get a job when he graduate? … everything is decided by parents.

From a clever, intelligent boy when he was young, growing up Minh Anh became a weak, passive man. The cover created by his parents is so safe that instead of enjoying all the joys of youth such as traveling, gathering …

The boy became afraid of the crowd, when come home from work, he just like staying at home immersing himself in the game world.. Seeing him again in the old class meeting, I dimly realized the form of an old man 60 in my friend’s thoughts. Someone even said sarcastically, exactly if was like Minh Anh, he can happy, and later married, his parents also take cares for him, no need to worry anything.. 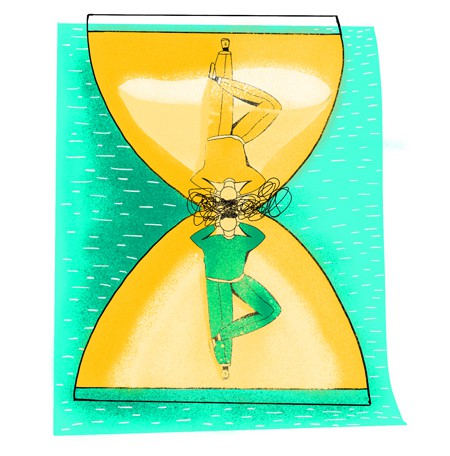 Or like Duy Vien (30 years old, Hanoi), it always ask a question that why I am also in the form of no longer young in the company, also hardworking, can do good job but not considered. The tiny deputy position but when approving individuals in the company, never came to his hand but always had to recruit people from outside. Gradually, this question lurked in his mind, but the personality is rarely ask question, Duy Vien did not write or meet directly to ask the leader. Only outsiders understand, Duy Vien never got to the door. Because they will not give the position with someone who never commented in any meeting, always answer “whatever” when asked for opinions, always stand up at the right time without noticing that everyone has to stay overtime.

Some people say that in fact, in every war, the most frightening is the fight with yourself. If so, Minh Hanh (28 years old, Hanoi) is a girl who always … loses. Although nearly 30, Hanh is still known as “a girl without a boyfriend”. She is not bad, but lazy to beauty. She is not afraid to love, but she is afraid of losing time to learn and date. Ideally for Hanh is when finish working, go home to watch movies and sleep. Gradually, she became a workaholic and still couldn’t find a piece of love to shoulder.

At the age of 27, Minh Anh was matchmaking for a girl near her home by her parents. No time to learn, the wedding took place quickly. A year later, I met him again at a cafe. Asking about family matters, he cheerfully announced that he has just broken up for 3 months. Two people who didn’t get along well, Minh Anh remained indifferent, only fascinated with the game so the marriage was not very happy. Now he still works in the same place, dark about playing games, living well. Looking at the way he boasted about his life now, I instinctively felt embarrassed.

Duy Vien is different, over time, he decides to apply to another job, which seems more active than a sale. The work mainly communicates via text messages, through the company’s internal chat groups. By this time, the lazy, easiness nature began to affect his work. Capital used to use wifi in the workplace, Duy Vien never thought of using 3G or 4G, if so he also only use low capacity packages and don’t care it’s still or gone. Once, he had a schedule to arrange for an important customer to consult, so he missed his boss’s message because he was traveling outside. Upon returning to the company, Duy Vien quickly received a decision to quit his job because he made customers angry, missing a company contract. At the moment he complained, it was late.

Up to now, Minh Hanh still has to go back and forth oddly, even bearing the name “old office lady”. Looking at the surrounding friends who had a peaceful family, even heard their relatives hinting at keeping the bombs going slowly in the house, Hanh was a bit upset, but clicked her tongue and ignore. Every night, she went home to embrace her cat, watching some wet Korean movies and dreaming. Yeah, who know … 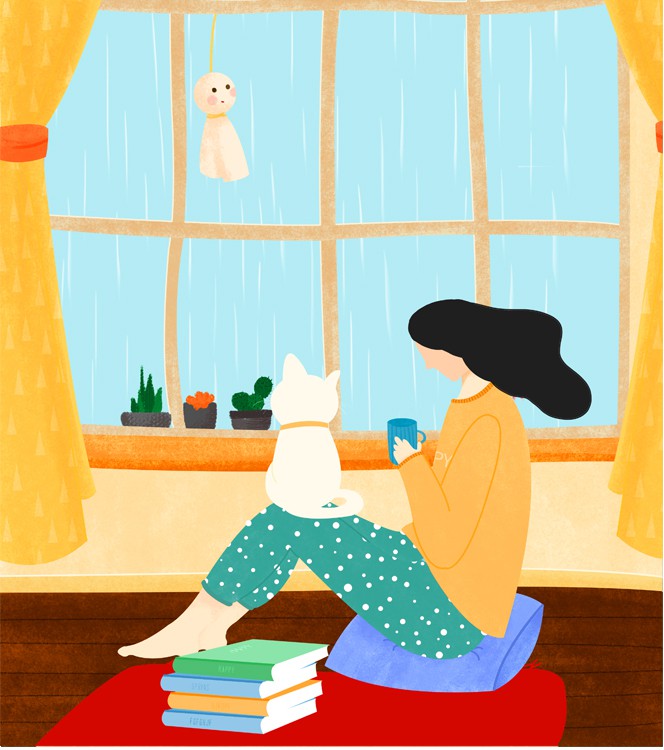 “Life changes when we change”. What a pity it is for those who have reached the threshold of 30 but still drift their lives into the infinite. Minh Anh was able to become an architect like he wanted, just to overcome his parents’ cocoons and be more proactive in his life. If Duy Vien always noticed the condition of his phone, he would not miss an important customer. And Hanh, just boldly to a meeting, maybe she now has the right to happiness like others?

I have a friend with the same company, who is attached to a Mr Available nickname by colleagues. He rarely misses any partner calls, always responds first in internal chat groups, ready to resolve colleagues’ questions about work. Once on a mountain market business with him, seeing him struggling to register for the 4G package, I laughing teasingly: “The domain mountain now is also very modern, the wave is also rumbling right ?” He just looked at me calmly: “How about if falling into the situation there’s no wifi? It is troublesome to meet the urgent job without checking the mail.” Saying so, he told me that Viettel’s MI5D package he just registered, only 5000 VND / day, but has 500MB of capacity. 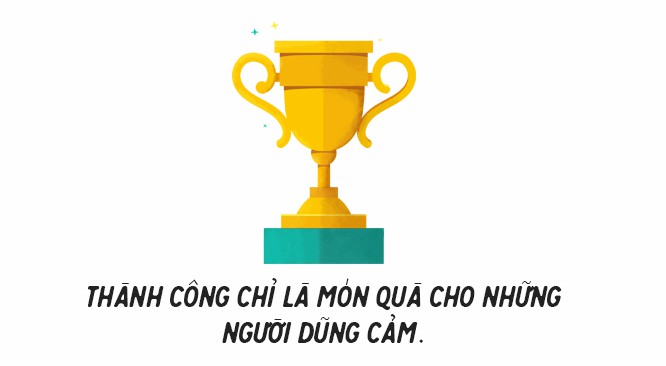 Looking at him, I understand that the line between success and failure is sometimes simple. Successful people always show their professionalism, care about every little detail, and never passive at work.

My friend, every age threshold comes and passes very quickly. Instead of being lost, fixed your life and aspire to success. But remembering success is only a gift for brave people.